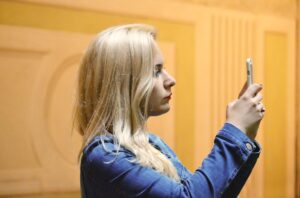 On July 8, millions of Canadians, emergency service providers and businesses were affected by a massive Rogers network outage that lasted more than 15 hours.

In the days that followed, the CEOs of Rogers and other major wireless telecommunications companies met with Federal Government representatives and were directed to take action within 60 days to improve network reliability across Canada.

The outcome of their work was a formal agreement to ensure emergency roaming, mutual assistance and a communications protocol for advising the public during major outages and other emergencies.

From September 9, if one of these wireless companies experiences a major outage, the other companies will provide the necessary assistance to ensure Canadians can reach family members, access 911 services and conduct business transactions.

They have also committed to providing clear and timely communications to keep their customers informed about response and restoration progress during major network outages.

In addition to devising new ways to reinforce Canada’s telecommunications networks, the Canadian Security Telecommunications Advisory Committee (CSTAC) is also conducting a detailed investigation of the Rogers’ outage in July, including new strategies the company is putting in place to mitigate future issues.

The July 8 outage highlighted Canada’s increasing reliance on the telecommunications networks.  It remains to be seen if the new measures coming into play on September 9 will work when tested.

Image by islandworks from Pixabay