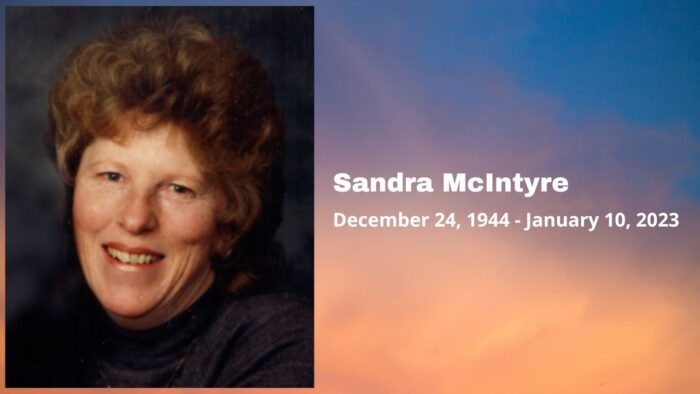 Sandra Gale McIntyre, 78, of Kingsville, passed away unexpectedly and without suffering on January 10, 2023.

Sandy was born on December 24, 1944 in Leamington to parents Walter and Florence (Butt) Harris.

Sandy married Henry DeYong when they were both still teenagers. They had two children. Sandy loved her sons David and Dean more than anything. Their family has grown to include six grandchildren and 2 great-grandchildren. Sandy was beloved Nana to Nolan, Tom, Darrin, Shayne, Lauren, Morgan, Hannah and Emily.

Sandy married the love of her life, Ronald McIntyre, in 1986. She gained a new family as loving step-mother to Mike, Maggie, Mary, Mark, Marcia, Bob and Lorrie and step-grandmother to Michelle, Jake, Bill, Adam, Rachel, Mitchell, Dylan, RJ and Dean.

Sandy studied at Bulmer Business College and worked outside the home at a time when few women who were mothers did. In 1976 she was featured in The Sun’s story Today’s Woman where she was labelled as efficient and pleasant. She described herself as a jack-of-all-trades around the office.

Sandy had many friends and enjoyed playing cards, sipping wine and getting up to all kinds of fun shenanigans.

Sandy lived her whole life in the Kingsville area. Many residents were greeted by her smiling face during her time working for the Kingsville Coal and Dock, Gosfield South Township and the Town of Kingsville.

Upon her retirement she further served residents of Kingsville as an elected member of town council for two terms. Sandy served as president of the Kingsville Lioness Club and spent countless hours volunteering in the community.

Sandy loved to shop, especially with her granddaughters. She was a great gift giver and was incredibly generous. She was also one of the biggest cheerleaders watching her sons and later grandsons play hockey at our local arena.

She was greeted in heaven by her late husband Ronnie, parents, grandson Shayne and sister Penny.

She will be dearly missed by her daughters-in-law Tara and Kim, her brother Rick, her sister-in-law Trudy, her brother-in-law Richard, nieces and nephews, her friends at Southgate Village, her dear friends Gail, Cyndie and so so many more.

A celebration of her life will be held in the ballroom, just the way she wanted it, at the Royal Canadian Legion Branch 188, 145 Division Street South, on Sunday January 15th at 2:30pm. Please join the family to raise a toast to Sandy.

If so desired, donations in Sandy’s memory can be made to:
ONTARIO LUNG ASSOCIATION (401-18 WYNFORD DRIVE TORONTO, ON M3C0K8)
or
CARDIAC WELLNESS CENTRE (1453 Prince Rd. Windsor, ON N9C 3Z4)

Donations are being accepted for: 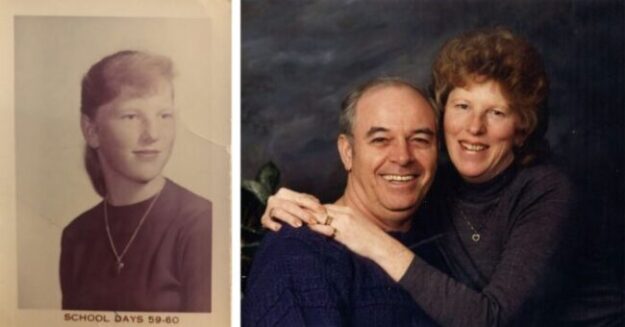 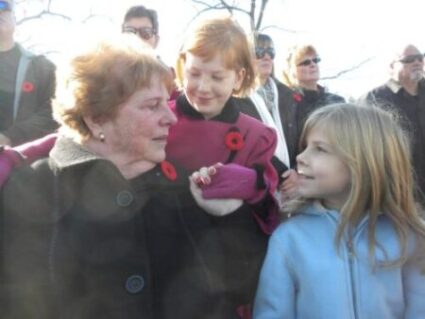 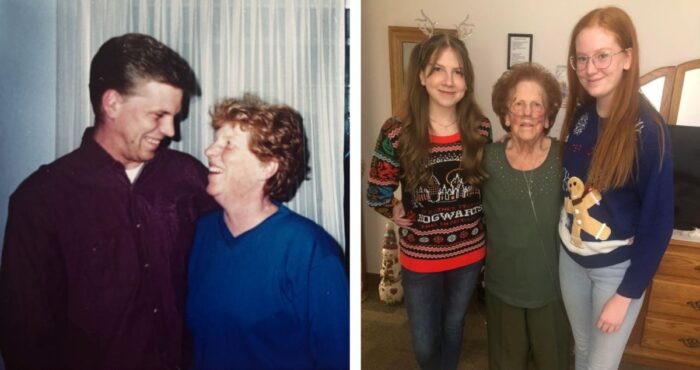