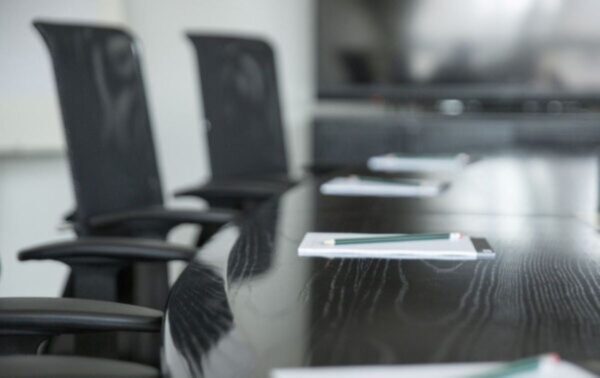 Warden Hilda MacDonald opened Wednesday’s meeting of Essex County council by thanking staff members who reported for work during a snowstorm on the Christmas weekend to ensure residents could travel and receive essential services.

County of Essex roads crews were rolling for 72 hours straight from just after midnight on Dec. 23 until Boxing Day, she noted. The 12 plow trucks covered 26,644 kilometres and put down 2,428 tonnes of salt so travellers and commuters could reach their destinations safely. Every member of the roads staff – including four who were scheduled to be on vacation – reported for duty. The manager, supervisors, administrative assistant, mechanics and traffic signals electrician were also on the job.

At Sun Parlor Home in Leamington, 186 staff members braved the cold and snow to be at work. Some worked double shifts. Others stayed overnight or came in early. Some managers assisted with providing care to residents, while others were plowing snow and helping with meal preparation. They did this while welcoming more than 400 visitors and ensuring every resident enjoyed a Christmas celebration.

Essex-Windsor Emergency Medical Service paramedics navigated snow-covered roads, sometimes in white-out conditions to attend emergencies and transport patients to hospital ERs. The service also went above and beyond by assisting several Erie Shores Healthcare staff to get to work during the worst of the storm. Using supervisor and support vehicles, Essex-Windsor EMS picked up staff at their homes and brought them to the Leamington hospital.

The warden also thanked all other workers who braved the weather and took time away from their families to serve the public over the holidays.

Council received an update on the completion of Phase 1 of Essex County’s Official Plan Review, which provides background information, growth projections and the results of initial consultations with municipalities and other groups.

Once completed, the revised Official Plan “will serve as a ‘road map’ for Essex County to responsibly manage growth and change over the next 30 years,” says a report to council by Rebecca Belanger, Manager, Planning Services. The report and accompanying documents presented to council Wednesday provide the backdrop for the development of policy options and additional technical studies in Phase 2 of the review. During Phase 3, a new official plan will be prepared for adoption. The current Official Plan was adopted in 2014 and is the second generation of the county’s first plan, which was approved by the province in 2005.

Since then, the seven county municipalities have developed and grown substantially. The county approved subdivision and condominium plans that created an average of 500 new dwelling units a year between 2011 and 2021. More than 800 hectares of land in the seven municipalities was converted from rural to urban uses during the same 10-year period.

A Growth Analysis Report that is part of Phase 1 of the Official Plan review includes the following highlights:

During Phase 1 consultations, participants provided feedback about Essex County’s strengths, challenges and opportunities. They also addressed how the Official Plan can improve the health, well-being and prosperity of residents. More information about the Official Plan Review is available on the County of Essex website.

After some final adjustments, council approved the 2023 Budget, which includes a 3.81 per cent residential tax increase.

To avoid a larger tax increase and depletion of the Essex County Library rate stabilization reserve fund, the following transfers of funds were approved:

KPMG LLP chartered accountants of Windsor have been appointed auditors for the Corporation of the County of Essex for 2022.

Image by websubs from Pixabay