This week entails a visit to the Gifford-Jones archives.  What follows is an excerpt from a column on diabetes published thirty years ago.

What has changed in society?

You be the judge. 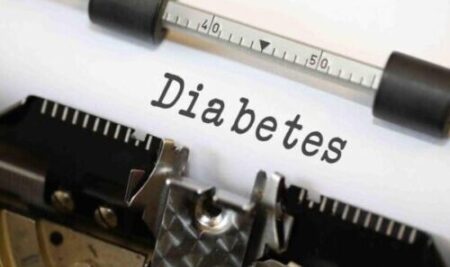 Diabetes results from an abnormal handling of food by the body. Normally some food is converted into a sugar called glucose. This stimulates the secretion of the hormone, insulin, which acts as a “key” to allow glucose to enter the cells. Glucose is then used as “fuel” to provide energy.

There are two types of diabetes. Type I is inherited. It usually occurs before 30 years of age. In these cases, the pancreas produces little or no insulin. It’s believed that the immune system in some people gradually destroys the pancreatic cells which produce insulin.

Type II normally strikes after age 40 and these patients are often grossly overweight. The pancreas still produces some insulin, but it’s like a tired, overworked horse that’s been badly treated for many years. The little insulin produced is also less able to penetrate the cells, a condition called “insulin resistance”.

Too many people have been misled by Sir Frederick Banting’s discovery of insulin in 1921. This hormone, like a blanket that puts out a fire, prevents diabetic coma and eventual death. But insulin cannot extinguish the smouldering diabetic ashes which may cause a variety of catastrophic complications later in life.

This smouldering condition affects the large and small arteries of the body. Like plumbing coated with rust, the arteries become narrowed. This is known as atherosclerosis. Prime targets are the coronary arteries resulting in premature heart attack.

Diabetics also suffer more often from diabetic retinopathy. The arteries at the back of the eye become more numerous, weakened, and often rupture releasing blood into the vitreous chamber of the eye. This causes adhesions which tug on the retina and may cause detachment of the lining which sends images to the brain.

Families must ask themselves a paramount question. Is self-indulgence worth this terrible price? If the answer is “no”, the next point is equally vital. Weight loss under normal conditions is not easy.  But when diabetes strikes, losing pounds becomes a delicate balancing act. Blood sugar must be controlled while at the same time shedding pounds.

Prevention of Type II diabetes by controlling weight gain is the only sensible route. A first step to avoid obesity is to buy a scale. The next is to step on it every day.

Avoid sugar like the plague. The problem is that hidden sugar wears a coat of many colours. It’s disguised in packaged foods, cereals, and soft drinks. Indirectly it’s a major source of obesity and Type II diabetes. Don’t compound the problem by adding more sugar to your food and beverages.

Eat whole‑grain foods such as pasta along with fresh fruits and vegetables. These foods slowly release sugar into the blood following a meal and place less stress on the pancreas.

Don’t expect help from the government or public health associations. They’ll protect you from dirty restaurants, but not from Type II diabetes. Their failure to take an aggressive stand on this matter is the most flagrant lapse of responsibility in the history of medicine.