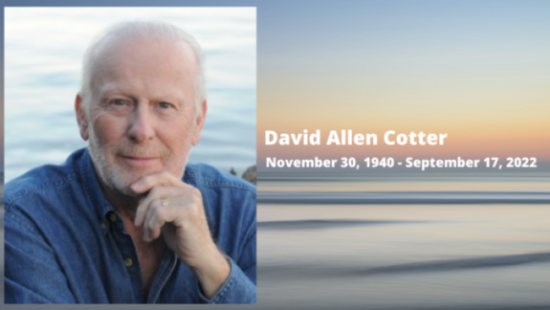 David Allen Cotter, lately of Ottawa, Ontario, previously Kingsville, Ontario, died peacefully at home on September 17, 2022, surrounded by family. He was 81. David was born on November 30, 1940, in Philadelphia, Pennsylvania. He graduated from Lincoln High School in Philadelphia in 1959, then earned his BS degree at Penn State University, followed by an MSc in 1965 and Ph.D. in 1967 from the University of Wisconsin, Madison.

In 1968 he married Angela (Ann) Grabel, and they had two children, Jill and Meredith. David was a professor in the Biology Department at the University of Windsor, Ontario, where he taught microbiology, supervised graduate students, and published over eighty research papers. He was hard-working, responsible, humble, kind, human, optimistic, fun-loving, humorous, and a wonderful storyteller. He saw the good in people and in the day. Shortly before the end of his life, David told his wife, “It’s been a fine journey.”

Left to honour David and remember his love are his wife, Ann, and his children Jill (Stephan) and Meredith (Bryan); his six grandchildren: Anna, Millie, Henry, Elliott, Emory, and Eliza, as well as numerous extended family members and friends. David was preceded in death by his parents, Muriel and Ralston, and his brother, Dennis.

The Cotter family would like to extend our gratitude to Windsor Regional Cancer Centre, Dr. Sindu Kanjeekaal, the Ottawa Hospital Leukemia team and Medical Day Care Unit staff, Dr. Lisa Cross, and the palliative care group. Thank you to the AAMAC Monthly Support Group and our heroes, blood donors, who gave David the Gift of Life for many additional months.

Family and friends are invited to visit his online memorial https://www.arbormemorial.ca/kelly-somerset/obituaries/david-allen-cotter/91895 to read his complete obituary, see photos of his life, and share memories and condolences. Charitable donations in his name may be made at the online memorial site to Canadian Blood Services or the Aplastic Anemia & MDS International Foundation.

Arrangements were made by Kelly Funeral Home and the Anatomy Department at the University of Ottawa. 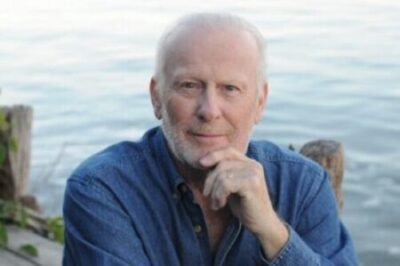