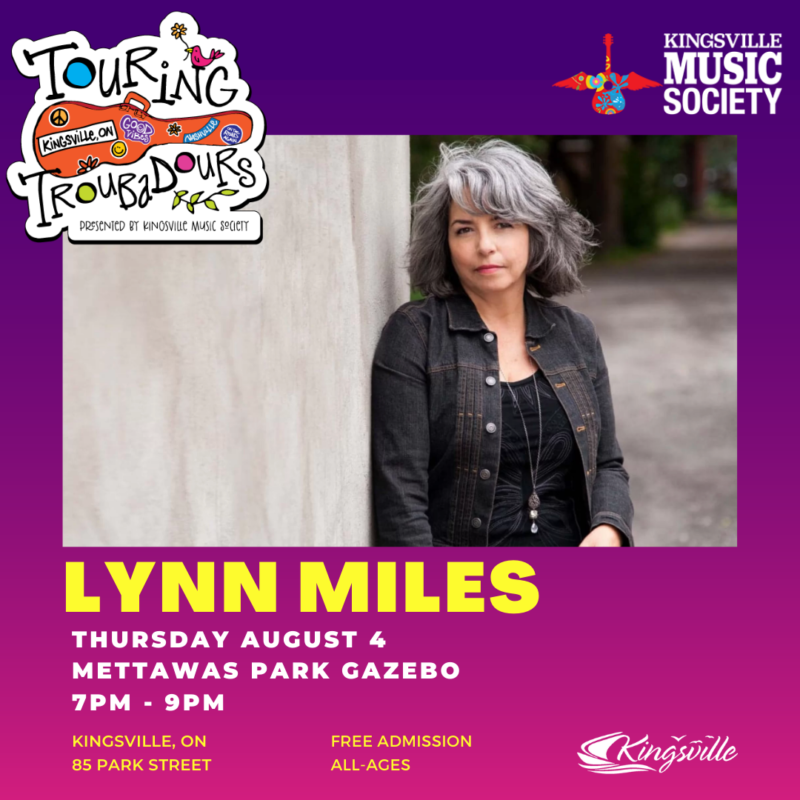 August is off to a great start!

Join us for another Thursday night filled with music in Kingsville. JUNO Award Winner Lynn Miles takes the stage at Mettawas Park Gazebo! As always, here are a few things you need to know:

Bathrooms available at The Grovedale House

Lynn Miles is one of Canada’s most accomplished singer/songwriters.

Lynn’s 15th album We’ll Look For Stars” was released in July 2020 and climbed to the #1 position on the Euro Americana Chart for the month of August 2020 and earned numerous 5 star reviews in Europe and North America.

With fifteen solo albums to her credit, Lynn was the winner of the 2003 JUNO award for Roots and Traditional Solo Album of the Year and was nominated for two other JUNO’s in the same categories in 2006 and 2011, and has won multiple Canadian Folk Music awards including “Solo Artist of The Year” for her CD “Downpour” and 2011 “English Songwriter of the Year”.

She’s been nominated for Artist of the Year for the 2021 Canadian Folk Music Awards.

See what else is coming up!