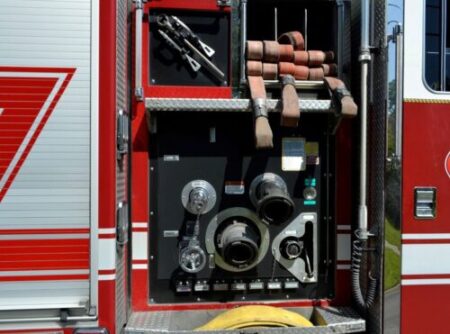 (ORILLIA, ON) – The Ontario Provincial Police (OPP) is conducting its annual Move Over campaign during one of the busiest weekends of the year on highways and roads, getting drivers’ attention through robust enforcement and education around this important law.

Drivers are expected to give emergency vehicle personnel and tow truck drivers the safe workspace they need as they tend to road users on the roadside. Sections 159(2) and (3) of Highway Traffic Act require drivers to slow down and proceed with caution when approaching an emergency vehicle or tow truck stopped or parked on the side of the road and, if safe to do so, move over one lane.

Despite the law being enacted almost 20 years ago, the OPP laid close to 900 charges in 2021 against motorists who showed a complete disregard for the safety of emergency personnel and tow truck drivers, and the cushion of space they need to safely carry out their jobs.

Drivers are reminded that the law carries a $490 to $2,000 fine plus three demerit points upon conviction. Subsequent offences carry a $1,000 to $4,000 fine, possible jail time of up to six months and suspension of your driver’s licence for up to two years.

Since 1989, five OPP officers have been struck and killed by approaching vehicles while carrying out their duties at the side of the road.