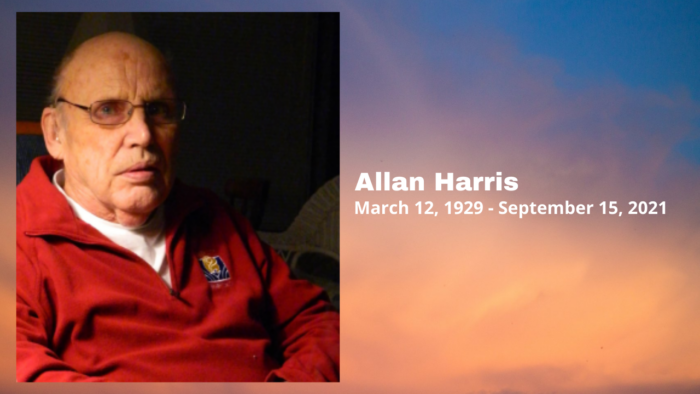 **Masks are mandatory for all who enter the funeral home. COVID screening will take place.**

Allan Arthur Harris passed away peacefully September 15, 2021 at Royal Oak Long Term Care Residence in Kingsville at the age of 92.

Al was born at home in Owen Sound on March 12, 1929. He was very proud of the fact that he never went into a hospital other than as a visitor until he was in his 80s.

His grandparents were farmers and labourers who came from England and Ireland in the 1860s to establish new lives in or near Owen Sound. His parents were Arthur Cecil Harris and Emily May Keeling.

Al graduated from OSCVI and went on to become the first in his family to obtain a university degree. He put himself through the University of Toronto, earning his B.Sc.Phm. in 1955.

While in high school he played clarinet and saxophone in a dance band where he caught the eye of Ila Brown. They married in 1951.

Following Al’s graduation from U of T, they lived briefly in Listowel and in London before moving to Kingsville where Al began working at Statham’s Pharmacy. He and another pharmacist, Harry Wilson, eventually bought the business and ran it successfully until it was bought by Big V Pharmacy who were in turn taken over by Shopper’s Drug Mart.

As well as being known as one of the pharmacists in the drug store on the corner, Al was actively involved in the community. Amongst other things, he was a member and one-time president of the Kingsville Kinsmen Club. He and Ila were active in the Couples Club at Epworth United Church. He was elected to the local school board for one term.

He and Ila raised their five children together in Kingsville before they split up in 1975.

Following his retirement in the 1980s, Al began to travel. He made it to Alaska, England, Germany, Spain and Turkey amongst other places often in the company of his dear friend Delys Cowan.

Al was the last surviving member of his generation. He was predeceased by his parents and by brothers Ed of Windsor and Harold (Babe) of Owen Sound and sister Lorraine Brown of Coldwater. Ila died in 2013.

Thank you to Delys for all that she did for Al. She meant so much to him.

Thank you as well to Pam McDonald and all the other staff at Royal Oak for taking good care of Al over the past several years.

A memorial visitation for Al will be held at Kendrick Funeral Home, Kingsville, on Thursday, September 30, 2021, from 9 a.m. until the time of service starting at 11 a.m.

You may attend the funeral service in person, or you may register for live stream here. An email will be sent to you to join the live stream.

Masks are mandatory for all who enter the funeral home and COVID screening will take place. A family burial will be held at a later date.

In lieu of flowers, a contribution to the charity of your choice would be appreciated as an expression of sympathy.

Notes
Masks are mandatory for all who enter. COVID screening will take place.

Notes
Masks are mandatory for all who attend the service. COVID screening will take place. 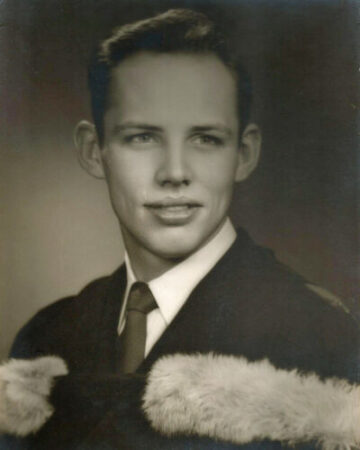