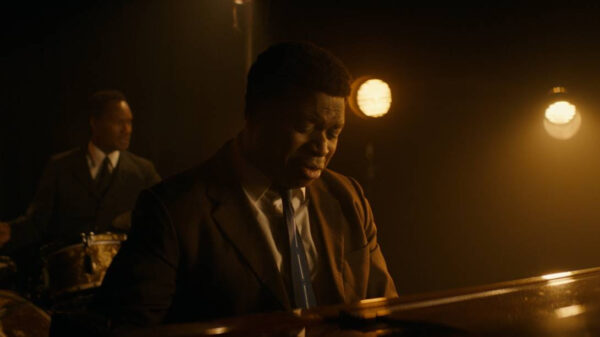 When Oscar Peterson quit high school in the early 1940s to be a full-time jazz pianist, his father gave his blessing on one condition: that his son would “be the best.” Peterson rose to this toughest of challenges. Over a six-decade career, he would earn the adulation of fans worldwide and the awe of peers—Duke Ellington called him “the Maharaja of the keyboard.” Along the way, he picked up 8 Grammys including a Lifetime Achievement Award, over a dozen honorary doctorates, and the UNESCO Music Prize. In 1992, he was inducted into the Order of Ontario as Canada’s “ambassador of jazz.” Her Majesty Queen Elizabeth II unveiled a statue of him in Ottawa in 2010, and he is the subject of a new Historica Canada Heritage Minute, released in time for Black History Month.

Peterson was born in 1925 in Montreal to parents from St. Kitts and the Virgin Islands. His classical piano teachers were sympathetic to his love for jazz, and he developed both a tremendous virtuoso technique and a redoubtable ability to swing. He launched a long touring career in 1949 at Carnegie Hall, where he played as a surprise—and at the time unknown—guest during an all-star jazz concert; a standing ovation testified to his promise. He would go on to perform and record with legends from Ella Fitzgerald and Billie Holiday to Louis Armstrong and Dizzy Gillespie to Herbie Hancock, who viewed him as a mentor. Peterson truly made his mark, however, with his own small-group recordings—including The Canadiana Suite (1964), a series of original compositions evoking different regions from sea to sea.

Although most ambitious Canadian jazz artists of Peterson’s era moved to the United States, he stayed in the country he called “a land of many cultures, languages and peoples.” In 1958, he moved to Ontario, and he would live in the GTA—in Scarborough, Etobicoke, and then Mississauga—until his passing in 2007. A firm believer in giving back to his community, he ran a pioneering jazz school in Yorkville in the early 1960s and later taught at York University, where he also served as chancellor. He spoke out about the racism he encountered both on tour and at home, and he campaigned successfully behind the scenes to increase representation of non-white people on Canadian television. His most famous composition, “Hymn to Freedom,” from 1962, with lyrics by Harriette Hamilton, became an anthem for the civil rights movement.

Peterson was passionate about fostering inclusion in Canada. In 1990, he wrote in The Globe and Mail about the need to “unite and resurrect” what he saw as a “fragmenting nation.”[1] May all Ontarians look to his shining example and build bridges between us, inspired by his uplifting music.

One of the significant privileges granted a Lieutenant Governor is celebrating Ontarians from all corners of the province and from all backgrounds. Honours and awards strengthen the fabric of Ontario’s communities and shape the aspirations of Ontarians, serving to formally and publicly acknowledge the excellence, achievements, and contributions of role models from all walks of life. Learn more: https://www.ontario.ca/page/honours-and-awards