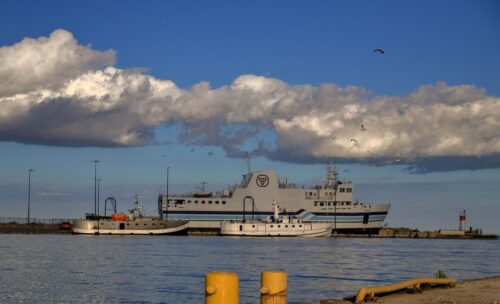 The Kingsville harbour won’t be used by the Pelee Island Ferry Service for the rest of the autumn. According to an October 19 public notice from https://www.ontarioferries.com, “A combination of wind, water action and vessel movements in Kingsville over the weekend have changed the contour of the Kingsville harbour entry channel.”

This has made the harbour unsafe for use by the ferry service. Consequently the Pelee Islander II will be using the Leamington dock for the remainder of this ferry season.

For more information go to https://www.ontarioferries.com/pelee-island-ferry-service-operating-from-leamington-for-remainder-of-2020-season/