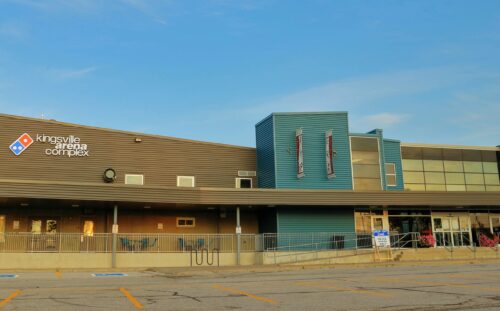 October 1, 2020-Kingsville UE Enclosures have purchased the naming rights for the future  pickleball courts located at 1741 Jasperson Lane in Kingsville. Established 30 years ago in  Leamington the company employs 77 people. UE enclosures is a sheet metal contractor who  builds transformer enclosures; solar enclosures and automotive enclosures. The owners,  George and Helen Bergen, live in Ruthven and have supported many community projects in  Leamington including The Bridge. George is very involved in The Bridge, a program for youth in  the community. George has also been involved with raising money for the Kingsville skateboard  park at the Kingsville arena complex. George and Helen are thrilled to be part of making the  Kingsville pickleball courts project become a reality.

Kingsville Pickleball was established in 2013 with just four members. The group was incorporated in 2018 and now have over 100 members. They have entered into an agreement  with the town of Kingsville to build eight dedicated courts at the Kingsville Recreation complex.  They are working hard to reach the goal of $75,000 in fundraising towards the $275,000 cost.  Kingsville Pickleball Inc. is a special group of people. Members believe that pickleball is good for  mind, body and soul. Players keep fit, sharp of mind and socially active. Many members are  involved with community events outside of the sport. When the courts are completed, the goal is  to bring tournaments to Kingsville, and increase youth participation in this sport that is relevant  for a lifetime.

We invite you to join us on Friday October 2 at 3:00 pm at the future site of the Kingsville  Pickleball courts located at 1741 Jasperson Lane for the formal unveiling of the new plaque in  recognition of the court naming rights sponsorship.