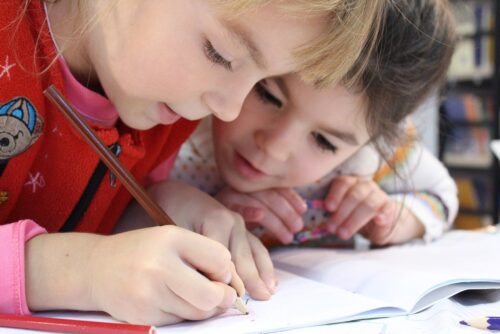 COVID-19 has stomped all over the education scene for parents and children. Families are faced with a bewildering variety of roads, many of which may be unfamiliar. Homeschooling is one of those roads.

When you’re pondering changes that will take you somewhere you’ve never been before, it can be comforting to start that odyssey with people who are veterans and pros.

I used to be one of the go-to people in Essex County if you wanted to talk about home education. That isn’t true anymore. Hasn’t been for some time. I’m a good go-to if you want to find out what homeschooling was like in the Olden Days — say, 20 years or so ago.

My husband Alan and I homeschooled our children starting in 1987. In those days there was no Internet as we have it today. I knew only one other family doing this in the beginning.

Eventually there was another family, then a couple more. We banded together in the old-school fashion which, pre-Internet, meant using a phone chain and scheduling play dates, field trips and mothers’ meetings. Later we expanded to include a quarterly newsletter which served about 40 homeschooling families throughout Essex County.

I moved out of the homeschooling world just as people were beginning to go online. This means that I am really not up on the home educating picture nowadays. But I’d like to be. And chances are some of you are interested in knowing more, especially if you have children and especially if you are not happy with the choices COVID-19 has left you and your family with.

Now two homeschooling veterans, Glenda Willemsma and Kim DeYong, are at the top of my go-to list. They are the people I turned to first in my attempts to get back up to speed on homeschooling in Kingsville and Essex County.

Glenda and I worked together in the first homeschool support group in Essex County for several years starting in the mid-1990s and lasting till just after the turn of the century. She continued on after I was done. Kim began her journey some time later.

Glenda started homeschooling in 1990. She and her husband John and family moved to Kingsville in 1992 and continued homeschooling. A lot has happened in those 28 years, as you might well imagine. This is her final year as she wraps up a couple of subjects with her youngest child.

When I approached Glenda for this article we talked about the homeschool support group we’d led. “You and I ran South Shore for many years  as coordinators,” she said. “I continued on but took a lighter load with planning activities as my youngest two hit high school age and younger moms were eager to plan activities.”

In recent days there have been more changes for Glenda. “I still run the Facebook group and have taken more of a mentoring role with those seeking information and answering questions and providing assistance,” she said. “Groups tend to be more relaxed and less structured now. Whoever wants to plan an activity posts it in one or more Facebook group.”

Glenda told me that there are far more homeschooling families these days than there were a quarter of a century ago. And these greater numbers have spawned many more support groups and activities than existed in her early days.

When we first started out most curriculum options had to be ordered from the U.S. Home education south of the border had had several decades’ head start on us here in Canada. In the 1980s and into the 1990s, we knew of no Canadian curriculum and there weren’t many choices.

“That has really changed,” Glenda said, indicating that there is now a wide selection of curricula and other types of resources. “Another change is online college and university is becoming more common for those that may want to homeschool through their higher education.”

People have become more familiar with home education over the last few decades as well. “I find that there is more awareness of homeschooling among non-homeschoolers than when I started. When I started most  people thought you were weird and wrecking your kids’ lives,“ Glenda said.

She is passionate about home education. She said, “Homeschooling is hard but so worth it. Many people bring  up socialization but I have met many poorly socialized people that went to public or private schools.”

Her children have not found it difficult to move into adult life. Over the years many people have remarked on how well her children would converse with adults. “This was considered by many people to be unusual for a young perso,” Glenda said. “In many cases it was assumed that most young people would rather talk to their friends and would be less comfortable with adults.” 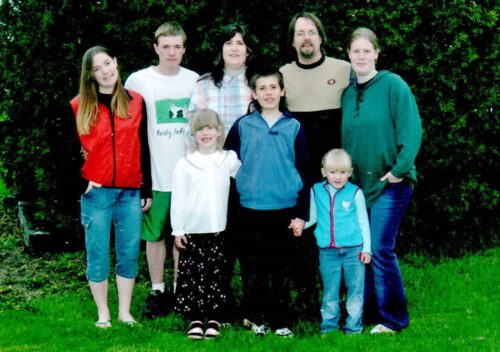 Kim DeYong told me that she homeschooled her daughters from 2009-2016, from the beginning until they entered grades 5 and 7. “​I personally chose to leave work and stay home with my children and I’d do it again,” she said. “Time when they’re little goes so quickly and is precious.”

Kim started a Facebook group called Homeschool Windsor-Essex 8 years ago. It now has more than 500 members. In the past few weeks, the number of new memberships has seen a substantial increase.

Kim wanted to address the misconception many people have about home education and opportunities for socialization. “​Lack of socialization in homeschooling is a myth. When we homeschooled we saw more people from all age groups in a week than while my children have been enrolled in school,” Kim said.

“There are plenty of shy schooled kids and plenty of outgoing homeschooling kids and everything in between. What’s important is that we recognize parents love their children and are doing their best. Public schooling and home schooling both come with challenges and both have their advantages.“

While COVID-19 has made its usual dent in everyone’s life, homeschoolers have been able to find ways to get together, always keeping safety procedures in mind. “Currently there is a co-op that was meeting in Harrow and one Wheatley way that I know of,” Glenda said. “Windsor homeschoolers still do park days in nice weather.”

“A lot of older homeschoolers are providing support, mainly online, for those considering homeschooling,” she said. “I have also heard of parents pulling their children due to COVID and banding together with a few other families to form a learning pod and hiring a teacher to teach the kids.”

The DeYong family are not presently homeschooling and they don’t plan to. They’re signed up for the school board’s virtual online option for now and they’re hoping to return to lessons in the classroom in the future.

“This will be their fourth year in the school system,” she said. “We weren’t part of any formal homeschool group however we attended several structured programs including speech and debate, track and field, French tutoring and field trips, as well as more informal gatherings at libraries and parks.”

Kim has no regrets, though, concerning the time she spent teaching her own at home and speaks highly of the experience, for her family and for others who might venture down this path.

“​Homeschooling is different for every family that does it. Every family has to find their own rhythms and routines,” she said. “Some families follow purchased curriculums, some prefer child-led learning. What’s imperative for success is that you do what works for your family however that may look.”

“If |I could do this all over,” Glenda said, “I would still homeschool.”

Yeah. So would I.

Homeschoolers in Essex County (On, Canada)

Top Image by klimkin from Pixabay