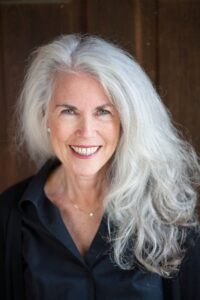 The grass had a coating of frost as we pulled into the long driveway. The house was red brick and seemed friendly enough. My father braked and the Olds came to a stop. Our first night in the Dickson house.

Bags were unpacked, pj’s and bedding hauled inside. My room was at the front and looked over the front lawn and the streetlights were on. The houses across the street had postage stamp windows, glowing the dark. My room was painted pink, so I knew a girl lived there before me.

The Dickson house was a parade of firsts — my first remembrance of Christmas, the first hospital stay (to have my tonsils out), the first cat, the first time I had the wind knocked out of me, the first time I tied my own shoelaces, my first two-wheel bicycle, my first fireworks (the famous burning schoolhouse), my first roller coaster ride that terrified me for days afterward.

It was where I learned to swim and had a first, albeit at the time unrecognized, brush with mortality. It was Quebec City in the Fifties and church spires, nuns and the French language infused the very air we breathed. My best friends were Linda and Brenda Cote, sisters close to my age, who lived across the street.

There was a convent not far from Dickson Street that was filled with crow-like nuns in long black habits and white wimples who would chase children away. Behind the convent was an open field that became an exciting jungle of weeds every summer. In defiance of the angry nuns we safaried through that jungle, catching crickets as if they were found pennies, collecting them in empty jars.

At the end of the day my friends would come back to my house and we would sit on my front steps, eating the apples my mother peeled and sliced into a bowl, and compare our haul of crickets while hammering air holes into the jars’ tin tops.

On Sundays my father would take my brother and me out in Old Betsy. In the winter we went tobogganing or cross-country skiing on the Plains of Abraham. During Carnivale we marveled at the ice sculptures, especially the Ice Palace, where we would crawl through the slippery corridors on our hands and knees.

Usually, there was church and a trip to the tabagerie to get a chocolate bar and a comic book then a drive to Lower Town, where the winding, cobbled, narrow streets felt like a maze and children came running out of narrow row houses, banged at the car, and asked for spare change.

One particularly frozen day, my father left my brother and me in the car with the engine running while he dashed into a store and I climbed into the front seat and pretended to drive, gunning the engine. The car came very close to careening down one of the steep, icy Quebec streets and into the St. Lawrence River. Only the panic in my father’s voice told me how close we’d come to disaster.

Other vivid memories cling to me from these years. In one, my mother made me a Hollywood-style dressing table even though I was only five years old.

It had a pink flowered skirt that was affixed to the kidney-bean shaped table with pink thumb tacks. There were little levers under the skirt that could be pulled back so that the skirt was swept aside to reveal a drawer. You could just imagine Loretta Young sitting there before descending her staircase.

Another memory is perhaps fool’s gold; but in my heart I know it is real. I woke one morning to the flapping of wings. The screenless windows were always open on hot summer nights and a bird had become trapped between my curtains and the open window. It was trying to escape, its wings beating against the curtains.

I ran for my father but by the time I brought him back, the bird was gone. My parents doubted me, but I know I heard the whirring wings, the scratching feet and saw the panicked jerky motions. A shrink would no doubt tell me that my defiance of the nuns had come back to haunt me. Or perhaps it was the collective souls of all those captured crickets.

My father’s business failed a few years after we moved into the Dickson house, the house my mother thought would be forever. He found a job in a place even colder than Quebec City where, to me, it always seemed to be winter — an Alcan mining town 150 miles north, through a vast provincial park that stretched forever in all directions.

He worked there while my mother, my brother and I stayed behind, waiting for the house to sell. I remember sitting on the couch, beside my mother in the evenings while she knit a turquoise dress on round needles. I was fascinated by the gurgling sounds her stomach made, the click of the needles and the curl of her cigarette smoke in the lamplight.

I remember asking if Dad was coming home that weekend and her saying “I doubt it.” It was the first time I’d ever heard the word “doubt” and for a moment was hopeful that it meant yes. She explained the word meant that she didn’t think so.

On the same night I learned meaning of the word “doubt,” my mother discovered a dropped stitch on the dress she had been knitting, two-thirds of the way back, a small hole that meant the dress could never be worn. I watched in horror as she unraveled the whole thing, drifts of crinkled turquoise wool piling up at her feet. She said she would have to start again, but she never did.

We moved that summer. Linda and Brenda came to say good-bye. There is a picture of us on our front lawn. I am missing two front teeth, and I am seven years old. I am balancing on one foot, squinting into the camera, standing apart from my two friends who look uncomfortable.

My mother cried as we drove away from the house on Dickson Street. It was the first time I can remember seeing her cry. “I hate leaving,” she said, when I asked her why. “I hate saying good-bye.”