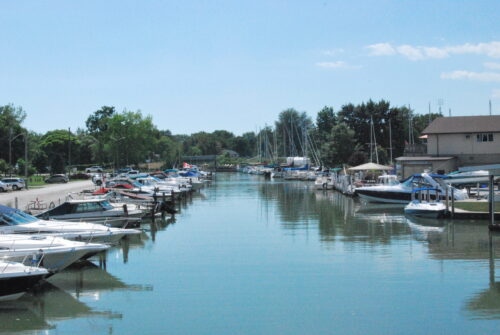 Boaters at Kingsville’s Cedar Island Marina have been pushing for improvements to the facilities for years. They have requested maintenance and additions such as washroom upkeep, repairs to docks, and the installation of a floating dock for boaters. But they aren’t likely to see the tasks completed any time soon. Things like infrastructure projects tend to outweigh upgrades to the marina.

Director of Municipal Services G. Andrew Plancke told the Kingsville Times that some of the repairs cannot be done until after the boating season. For instance, the issue of erosion with two docking slip areas can’t be dealt with yet.

“We can’t completely fix it until we relocate some boats. We’ll make it safe for now and come back in the fall when the boats are gone,” said Plancke. “We know there’s an erosion issue we need to address. We don’t know what we’re in for until we remove portions of the seawall and see where the erosion is going and what is best to fix it.”

The marina’s budget is just over $100,000, according to Plancke. He said that it runs a deficit every year, meaning there is not enough capital cash flowing in to make the upgrades. He said that there have been no official complaints filed with the Town aside from the aforementioned erosion issue and boaters are free to file complaints if they so choose.

“A number of years ago we sat down with a couple of members of the marina and council. We created this marina committee and we developed a plan of what we’d like to see going forward, a long term strategy,” said Plancke.

Jack Del Brocco, a boater currently using the marina, told the Kingsville Times that other upgrades have been requested, such as WiFi,  a call-in number for customs reporting, and signage for restaurants in town.

He suggested that temporary spots for out-of-town boaters would benefit the town. But according to Del Brocco, the town has only performed recent upgrades on the beach, like volleyball nets or movie nights.

“Just tell us what the plan is. ‘In five years we’ll have floating docks.’ Okay, we’ll hang in there for five years,” said Del Brocco. “There just seems to be no plan, even though there is a plan. They said there’s a plan, a two-year, three-year plan, five-year plan, but the plan is four years old, and other than volleyball nets and movie nights, I think that’s all the improvements we’ve seen at the marina.” 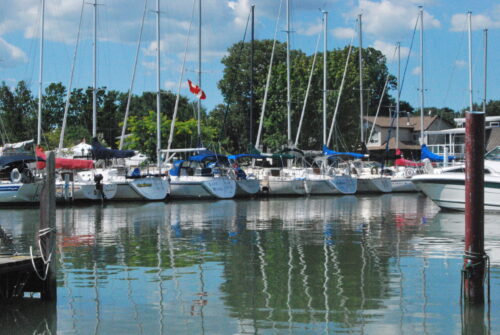 Ryan McLeod, Director of Finance for the town of Kingsville, said that some of the projects would be very expensive. He told the Kingsville Times that the marina ran a deficit of $13,000 in 2019 and projected deficit of $21,000 for 2020.

“It’s about allocating our tax dollars. The marina more or less breaks even in a given year. It usually runs a small deficit to be perfectly honest, but from an operating standpoint it’s more or less breaking even,” McLeod said.

“It’s just the capital projects, that’s when this requires funding out of property taxation, and there’s a lot of people who take issue with spending tax dollars on services that benefit few people.”

According to McLeod, the price of marina slips has not changed in a number of years.

“If we saw a decline in boater use of the marina, we would look into it further and say, ‘Okay, what are the issues?’ Do we need to put more money into it, or possibly need to consider exiting the business?” he said.

“If there was a significant increase on the deficit that’s certainly a question council would have to consider. You have to make sure you invest in proportion to the level of participation and public benefit.”

Plancke told the Times, “Unfortunately we’re looking at more than a million dollars in upgrades to satisfy the users. Well, when we’re running in the red every year, and we only have $100,000 to work with, there’s no extra money to spend on the marina. That’s what it really comes down to. So unless there’s some grants out there that can offer assistance it might be awhile before we see those big capital improvements.”

Photos by By Max de Liberato