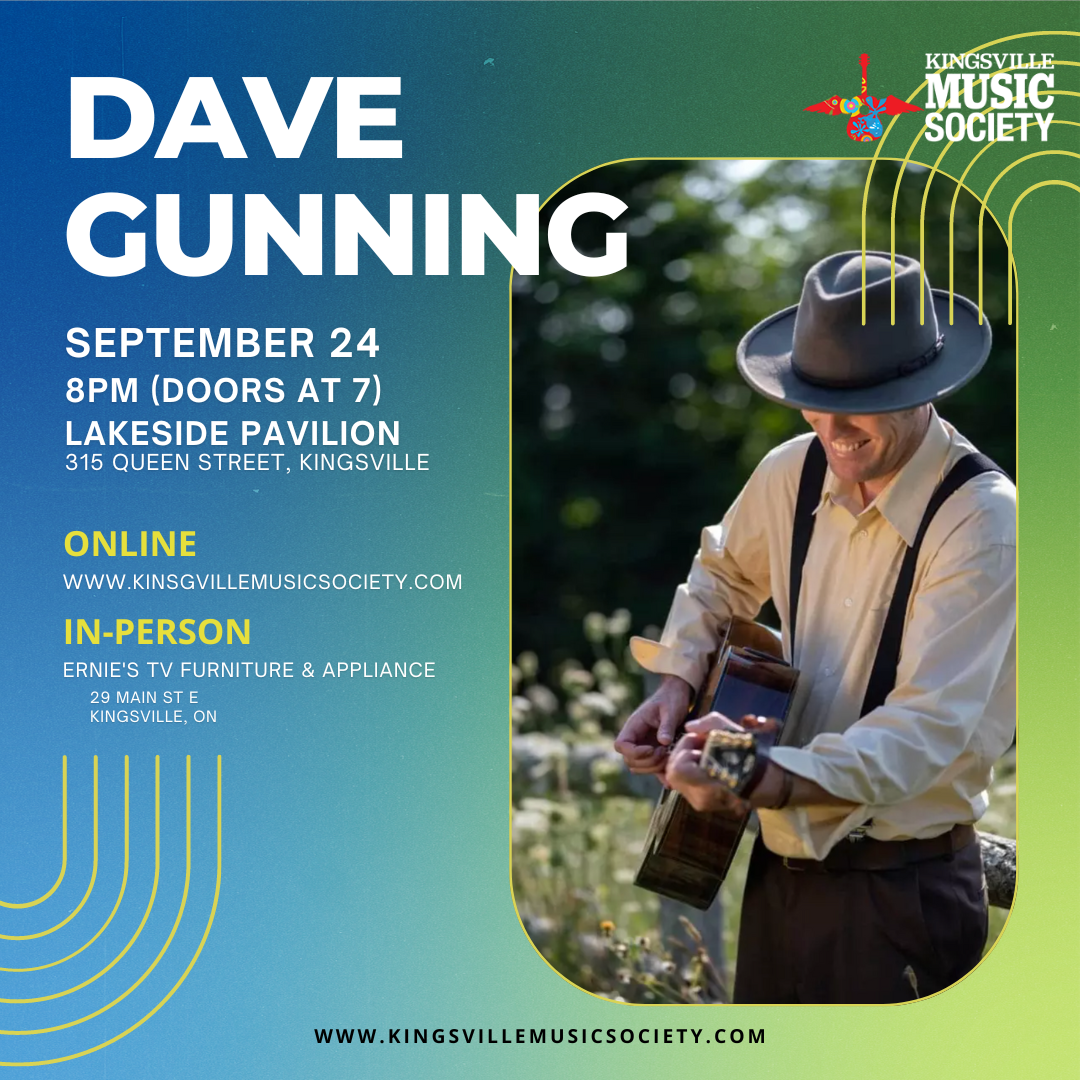 The Kingsville Music Society presents Dave Gunning in Kingsville! Join us for an incredible night of music.

Dave Gunning is a Canadian folk singer-songwriter born in Pictou County, Nova Scotia. Over the span of his career, Gunning has released thirteen albums, received a Juno Award nomination and has been awarded two Canadian Folk Music Awards and recognized with eight East Coast Music Awards.
Gunning credits the first live concert he ever observed, a 1981 double bill of John Allan Cameron and Stan Rogers, to be a major driving force in shaping the direction his life would take as a musician.
He is known for the incorporation of story telling into his live show. In particular, Gunning relates anecdotes of notable characters from Pictou County and performs impressions of musicians that he has worked with over the years.

Add Your Own Event