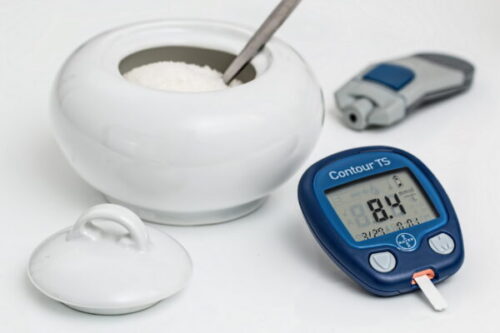 The most important thing readers should have learned from last week’s column is that pre-diabetes is reversible. And fancy pharmaceuticals aren’t to thank. Rather, it’s glycemic control, achieved naturally, by managing blood sugar with the help of concentrated brown seaweed. But what’s glycemic control? And what’s so special about brown seaweed?

For decades, this column has advocated for a change in lifestyle as a strategy for reversing the steady societal march towards higher and higher rates of type 2 diabetes – the consequence of complacency about obesity and other risk factors. But either people aren’t listening, or they are being overwhelmed by negative socioeconomic factors, such as the costs of healthy food choices, lack of time for the preparation of healthy meals, promotion of poor-quality food by manufacturers, and restrictions on access to green spaces in cities where people can get out to exercise and play sports.

Here’s another thing. It’s a mistake to think that only individuals struggling with obesity are at risk of diabetes. As we’ve written about in previous columns, it’s the fat you can’t see – visceral fat around internal organs – that is the greatest cause for concern. Studies show that pre-diabetes affects between 22 to 35 percent of people who would not meet the clinical definition of obesity of a body mass index over 30.

If you are pre-diabetic, and despite best efforts, visceral fat around organs in the body’s core is winning the battle, then pay attention to this research.

Randomized, double-blind, placebo-controlled studies of pre-diabetic men and women on a standardized program of exercise and a controlled-energy diet showed remarkable results from the regular use of a natural brown seaweed native to the Canadian Maritimes. While study participants in the placebo group saw progression of pre-diabetes, those taking the seaweed supplement saw improvement, including for some, a return to normal glycemic status.

But how does it work?

Blood sugar is controlled by a delicate mechanism. Following a meal, glucose molecules are absorbed into the bloodstream and carried to cells where they’re used for energy. It is the insulin produced by the pancreas that helps glucose enter cells.

If a meal contains excessive amounts of glucose, it’s stored in the liver and muscles as glycogen. Later, if blood glucose drops, another hormone glucagon, also produced by the pancreas, signals the liver to breakdown glycogen into glucose to restore blood sugar to normal levels.

There are over two hundred and fifty different names for sugar in our foods – including sucrose, glucose, fructose, syrup, juice, many more less familiar terms – and we eat on average 142 pounds of it a year, about 7 times the recommended amount.

With each meal of carbs and sugars, blood sugar goes up as does the production of insulin by the pancreas. Between meals, the opposite occurs – large drops in blood sugar levels responsible for unwanted cravings, mood swings and energy depletion. Today’s common high carb, high sugar meals accentuate these swings, resulting is what’s known as glycemic stress.

Brown seaweed blocks the breakdown of ingested starch and sugars, significantly slowing down their digestion rate and reducing glycemic stress. Have a look at the research presented on our website for a more detailed explanation.

Next week, in the final part of the series, we’ll offer a challenge to readers with concerns about their own potential to fall victim to diabetes.