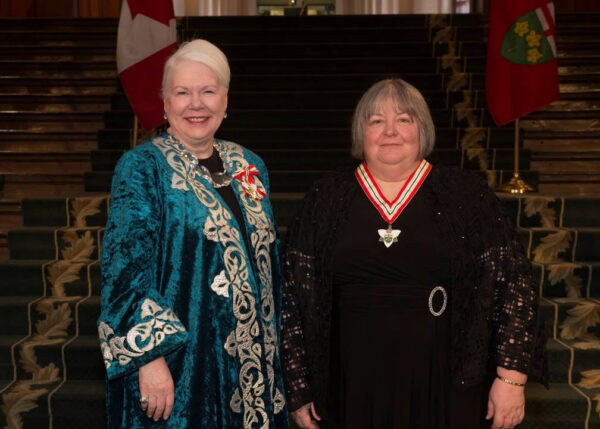 Celebrating stories of Ontarians: Alis B. Kennedy, Member of the Order of Ontario

If there is one theme running through the life and remarkably varied cv of Order of Ontario member Alis B. Kennedy, it is that of discovery. “I love adventure,” says the Montréal native, who now lives in Woodbridge. “I can adapt anywhere.” Her volunteer experience alone includes helping to deliver a baby in the Peruvian jungle, leading the rescue of three Katimavik youth program participants who had been swept off the coast of Vancouver Island, and advocating for the protection of the threatened cheetahs in South Africa. She is without doubt a modern-day Renaissance woman.

Kennedy’s love of discovery was sparked by the international pavilions she visited at Expo ’67, and kindled when she joined the naval reserve, at age 18, in 1970. She persevered despite disappointments: as a woman, she was not allowed to be on a ship after sundown or to sail overseas, and at the time, women in the military were not allowed to fly planes. In 1976, she earned her professional pilot’s license, but no airline would employ a female pilot. She continued to fly to satisfy her sense of adventure; her experiences would inspire the 2019 children’s book Alis the Aviator, written by Nova Scotia author Danielle Metcalfe-Chenail.

Kennedy was possibly the first Indigenous woman to get her commercial pilot’s license with land and sea ratings, but she didn’t know this at the time. Only when researching her genealogy in 2004, after her father passed away, did she find out that she was Métis. She realized that the “orphanage” where her father had told her mother he had lived was most probably a residential school. “He was very secretive and hardly ever showed any emotion towards his children,” she says, noting that he was separated from his own parents at a young age.

Kennedy delved into her Métis heritage. She became a senator for the Métis Nation of Ontario in three different councils, as well as the founding leader of the Warriors and Veterans Society of the Métis Nation of Canada, and both the first Métis and the first francophone counsellor for the Canadian Forces’ Black Bear Indigenous culture camp and basic military training program in New Brunswick. She worked with the Ontario Ministry of Education to introduce more Métis history in high school curricula. In her day job as a probation and parole officer in Toronto’s Jane and Finch area, she supervised Indigenous offenders, often furthering their own connections with their cultures.

This month is National Indigenous History Month, and Kennedy holds mixed feelings. “The negative part is that it’s become a token celebration. They try to fix the past a bit by putting us in the spotlight for one month a year—except when there’s bad news, of course.” Nonetheless, she says, “I’m happy we have a chance to share our cultures and experience.”

May those of us who are settlers take the time to learn—about the legacy of the residential schools, and about Indigenous cultures and traditional knowledge, which are essential to building a truly just, equitable, and equal society.

Photo: Her Honour and Dr. Alis Kennedy at the Order of Ontario investiture ceremony, February 2015.