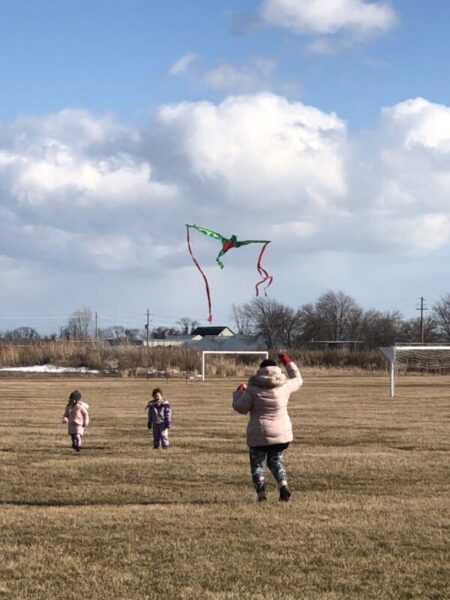 The Penner family took to the skies on Monday when the winds kicked up and provided perfect kite flying weather. Cathie Penner and her husband Garry have been flying kites with their grandkids for the past five years, taking them first when the oldest ones were three years old.

When asked what she likes most about kite flying, Cathie responded, “It’s enjoyable because it’s fresh air, it’s exercise, it’s science.  I love seeing how the kids feel when they succeed at getting that kite high up in the sky and it’s been fun to teach them something that’s just ours together.” 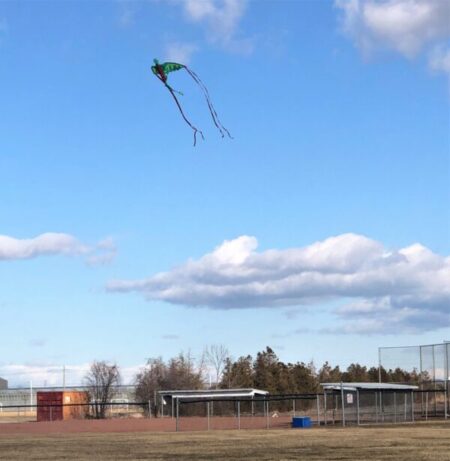 Gathering at the local soccer fields, the family successfully launched three kites into the air at once and kept them soaring, weaving and dipping, much to the delight of all. The children deftly manoeuvered their brightly coloured kites, holding on with all their strength as the winds pulled the kites higher.

Normally, the group would have been found at Lakeside Park.  However, with the work that was carried out in the bowl there this year, they decided to move out to the soccer fields which proved the perfect spot for this favourite family pastime. 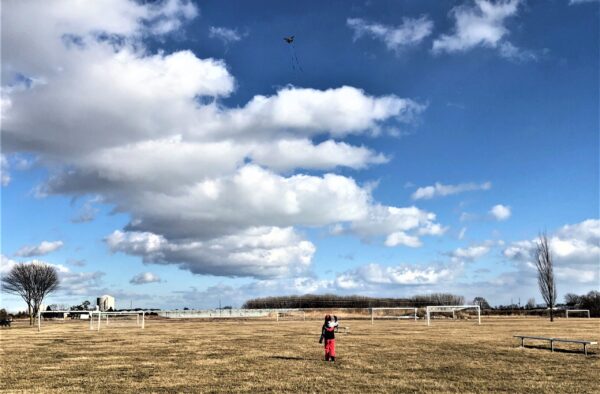 Cathie and Garry also have grandchildren who live in Kelowna, B.C. and they have gone kite flying with them, as well.  “The wind on the beach at Lake Okanagan supported our handmade kites well there,” said Cathie.

Cathie loves watching the little ones run around the field, excited at the prospect of getting their kites off the ground and just having fun. “Any time we can make memories together is a good time. Maybe some day they’ll fly kites with their grandchildren.”

For those looking to take to the skies with kites of their own, follow Cathie’s advice and do it soon. According to her, March is truly the month to make it happen, when the winds are consistent and strong. 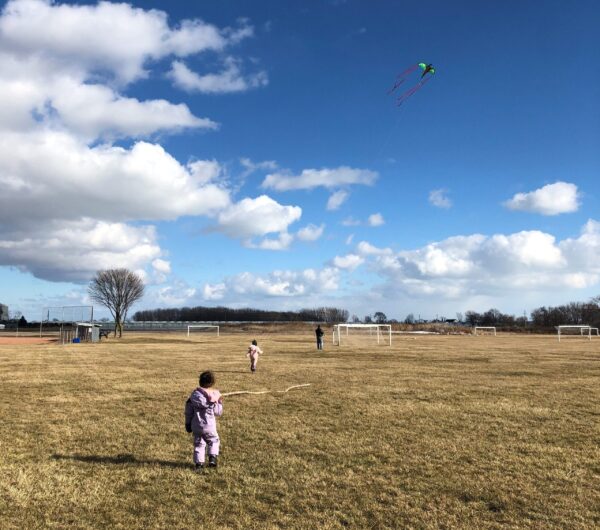