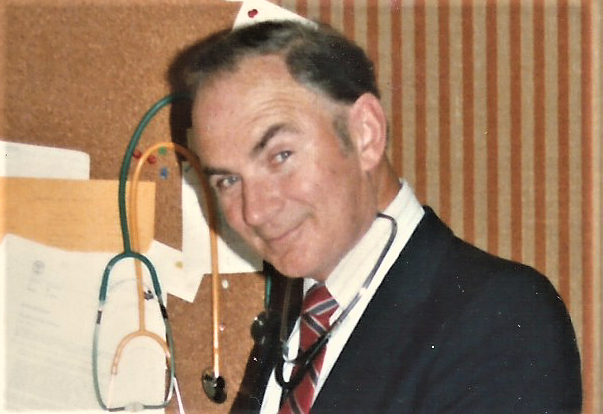 In 2021 we are all acutely aware of the value of the medical professionals who work to maintain our health. Even with the necessity of maintaining physical distancing, we have access to the services we need when we experience a health problem or emergency.

We can phone or email our primary physician’s office, arrange for a video conference or in-person appointment, get a referral to a specialist, who may schedule diagnostic tests, scans, or even surgery.

Medical information can be shared electronically with other professionals within minutes. Emergency care and transportation are available by ambulance, and, if necessary, by plane and helicopter. We have come to expect a certain level of health care from our doctors and we are quick to grumble and complain when we feel our needs are not being met as quickly as we want them to be.

Less than 50 years ago, if you were a resident of Kingsville or Gosfield, your medical services were limited to an office visit at the home of your doctor or driving to the small hospital in Leamington. Doctors made house calls to patients who were unable to get to the office or hospital, and they had to treat emergencies right on location. 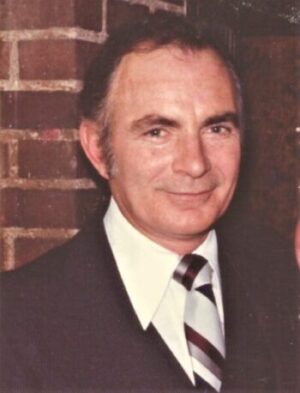 Most residents of Kingsville do not realize that one man, Dr. George Bruner, was integral in bringing modern medical services to the community. In 1973, Kingsville had only three medical doctors to care for a growing population of about 10 thousand residents.

At this time, all three worked from offices located in their own or private homes. They were expected to be on-call to their patients at any time of day for wellness appointments or emergencies, and worried when they took vacations because there was often no one to cover their duties.

It was obvious to Dr. Bruner that these factors severely limited the ability of the community to attract new doctors. If they came to the area, they had to find a place to live, arrange to lease office space, and hire staff.

Universal public health care had gradually been expanded, and by 1969 was finally fully funded by the provincial and federal governments. Now a practicing physician could count on being paid for services in cash, not just in eggs, chickens, or baskets of seasonal fruits and vegetables.

Bruner believed that his current workload was almost overwhelming. A modern medical centre offering multiple services, with a team of clinicians was needed to bring the area into line with other places in Windsor-Essex and was imperative to attracting additional, much-needed, family physicians. 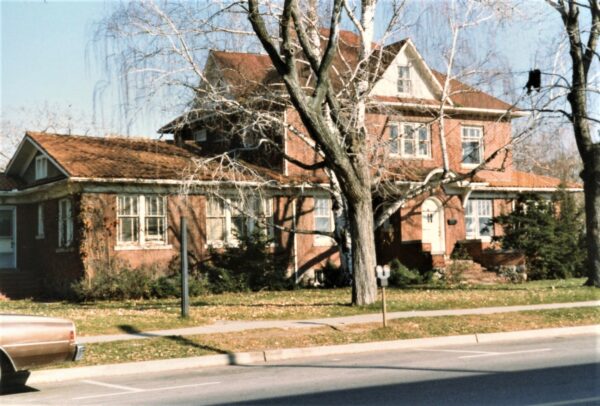 The Bliss House on Main Street

Dr. George Bruner had joined the practice of Dr. Quartus Bliss in 1954, and the two worked out of the office in Dr. Bliss’ stately home on Main Street. When the older doctor died of a heart attack two years later, Dr. Bruner continued working from the same office and rented the space from Dr. Bliss’ widow.

As a small-town doctor, Bruner was on call for his patients, assisted with surgeries at nearby Leamington Hospital, did his rotations in the ER, as well as holding regular office hours. He was well-liked by his many patients and had a reputation as a skilled diagnostician.

Surgeons requested him when they needed assistance with complicated or lengthy surgeries. Today in town it is still common to hear older people remark that they remember what a good doctor he was, or that he helped to deliver their baby, or stitch up a wound.

A nurse who worked for him remembered on one Christmas morning when she was dressed and ready for church, she received a call from Dr. George asking if she could come right in and help him. He was on call and had gotten dozens of phone calls from sick patients in need.

A bad flu was going around. He was going to the office and might need her help. She related that they worked most of the day and when everyone had been treated, then they went home to their respective families for Christmas dinner. She said no one was turned away. 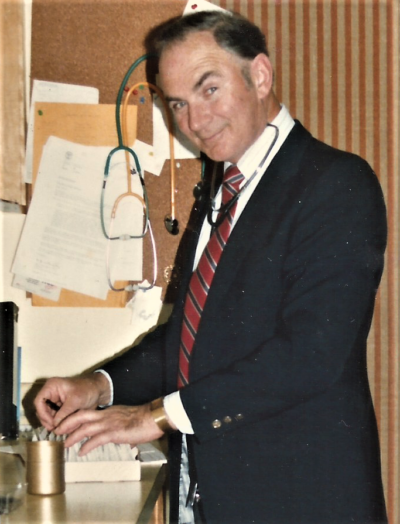 A long-time patient said she will always remember Dr. Bruner for his kindness to her on her sixteenth birthday. As she walked up the driveway after getting off the school bus on that day, she was thinking of the wonderful birthday dinner her mother must be preparing.

She looked forward to being greeted warmly by her family, but when she opened the front door, she noticed the house was quiet and dark. No cooking smells emanated from the kitchen. Just then the phone rang and when she answered it, Dr. Bruner said, “Happy Birthday, Nancy!”

He went on to explain why there was no one home and congratulated her on the arrival of her new baby brother. She stated that a new brother was not the kind of birthday gift a 16-year-old really wanted, but she never forgot his kindness in calling her to tell her personally.

In December of 1973, Dr. Bruner began to put his plan for a new medical centre in place. The town of Kingsville issued him a permit to build the $125,000 facility. He would put up the funds to build it on his own. It was a financial risk he was willing to take to bring modern medicine to his patients and to the community at large. 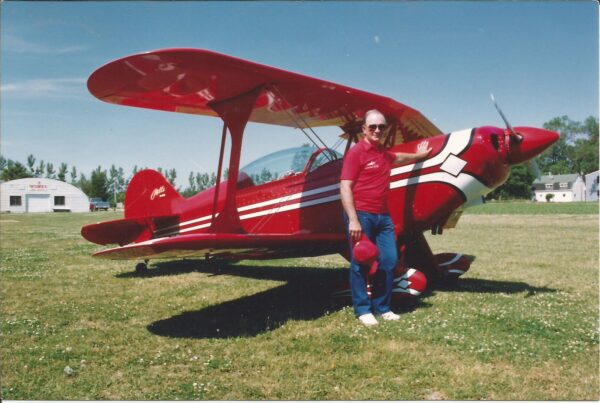 A dentist, Dr. Oper, had already opened his practice here. Dr. Ken McNeilly had joined Dr. Bruner’s medical practice the previous year and in the coming months, Dr. Bruce Devall joined the team. The following year, a dispensary operated by Statham’s Pharmacy, under the management of Dr. Janet Malott, opened in the centre.

In July 1977, Dr. Ron Molzan opened an office of optometry in the Kingsville Medical Centre. Along with a team of nurses, receptionists, and other professionals, the medical centre became a hub of activity treating members of the community in a conveniently located, modern facility with plenty of space for parking. The doctors could share the workload, expand office hours, and even take some vacation time off.

Dr. Bruner might have had another reason for needing to share his heavy workload of patients. He was known locally as Kingsville’s “Flying Doctor.” He received his pilot license in 1966 and took further training in aerobatics. 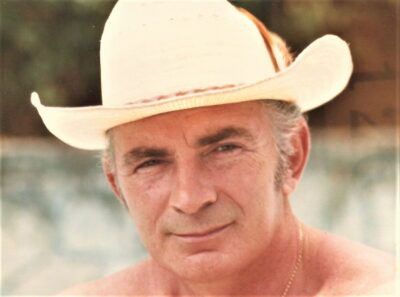 Flying became a passion of Dr. Bruner’s and perhaps it was also a way of escaping the pressures of his demanding workload. Locals often watched his daring loop-the-loops as he would swoop and dive in his favourite plane over the fields and the lake on clear Sunday afternoons.

He gave back to his community many times by performing gratis for many events. At the opening of the new Kingsville Arena, he wowed the crowd with his loops, spins and upside-down tricks. He was a regular performer at the Leamington Fair and local airshows.

It has been 30 years since the passing of Dr. George Bruner on February 18, 1991. The building that housed the Kingsville Medical Centre on Division Road North is no longer being used as a medical office, but many fine doctors, nurses and medical professionals got their start by opening offices there.

They were introduced to the community, shared their expertise with other practitioners, and helped the town grow and stay healthy. The strategy of teamwork in medical care continues to be the model recognized by the government and community today. Thank you for your leadership, Dr. Bruner.