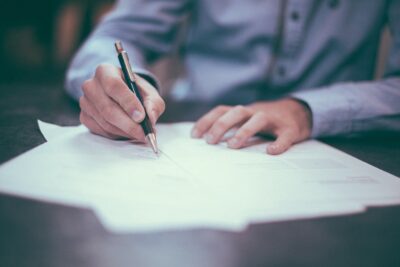 In June 1959 a popular teacher was assigned to talk with graduating students. When I walked into his office Mr. Campbell said, “Dickie, what are we going to do?” He knew that I was not going to graduate.

He knew that I had dual citizenship and asked, “Which?”

He said, “I spent three years in Canada Forces. You have a choice — go to the U.S. More amenities.”

“I have something here,” he said, as he reached into a desk drawer. I was presented a pamphlet on the U.S. Coast Guard. I spent four years, my brother four years, and my son 11 years in the USCG because Charlie Campbell had a pamphlet.

I never did get a high school diploma. At age 30 I had a Masters and taught school for 28 years.

~ Richard A. Perkins of Oregon,
formerly from Kingsville, Ontario.

Image by Free-Photos from Pixabay