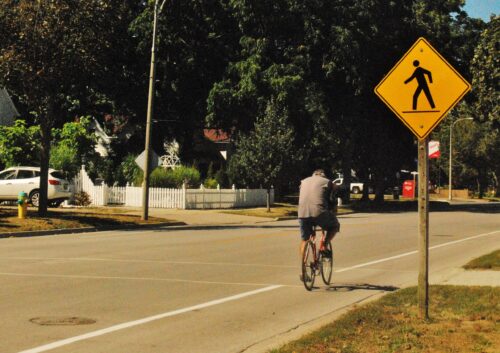 Local cyclists are seeing many new faces on their bike trails due to the rise in the sport’s popularity during the COVID-19 pandemic. Bikers from the county are even venturing into the Windsor scene for new trails and new scenery.

Owner of Kingsville Cycle Works Kurtis Dobson told the Kingsville Times that the increase in local cycling comes at an interesting time.

“I would say this has to do with the coronavirus. The bikes that I’ve seen are 5-10 years old. I know other people have brought bikes in and they want to start riding again,” he said. “They’re bringing their bikes in for tune-ups. They’ll probably be trading in their bikes for new bikes because they’re finding a love for it.”

Dobson said that from what he’s heard, people are biking more for several reasons. Some want to get active again. For others, it’s something they can do with friends or as a family. And right now lots of people have the time to pick up the hobby.

“During the height of the lockdown when there was nowhere to go, you were still able to get out and get some fresh air,” he said.

Any bike which moves can be considered active, according to Dobson. People are actually buying used bikes and having them repaired just to have a bike. “I’m working on a lot of bikes right now that people haven’t even ridden in 10 years,” said Dobson.

And this increased interest in cycling is happening across the world, which makes gaining access to parts difficult. With this uptick in cycling, even big-box stores are running out of parts. “Let’s say you owned a restaurant and every Friday night you had 100 people come in,” Dobson said, “and all of a sudden, you had 300 people coming in, you wouldn’t know how to gauge it.” 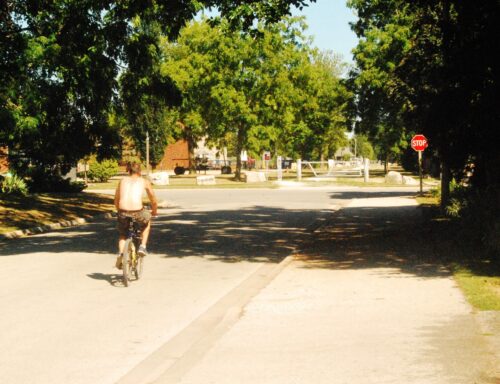 Jackie Hamm, a cyclist who gets out for a ride between four or five times a week, told the Times that biking is great for her mood. She finds that cycling during the morning is the best time for a ride because it’s not as hot. Getting out into the city trails such as the Ganatchio trail in Windsor is Hamm’s personal favourite. She finds the sights on many of the various bike trails to be invigorating.

COVID-19 and physical distancing is not too much of a concern in the county while cycling, according to Hamm, but it’s important to stay mindful of it in more populated areas such as Grand Bend.

Dylan Windsor, a personal trainer at Movati Athletic, told the Times that cycling is a great exercise to build low-end aerobic capacity as well as muscle fatigue resistance. “This is due to the bike’s demand for power from the legs to keep in motion. Cycling is also a great low-impact training method to burn calories. The low impact of cycling allows those training by this method to endure more sessions,” he said.

The fact that it is a low-impact exercise makes cycling a great first step to take in one’s fitness journey.

Windsor compared the effects of cycling to those of running. “Running may be difficult on the joints, thus limiting the frequency of positive training sessions in the week,” he said. “Cycling is a great low-aerobic cardiovascular trainer as well. A regular bike ride mixed with sprints creates a powerful cardiovascular training regimen.”

Windsor indicated that the effects one generally observes from most types of exercise are linked initially to the psychological and hormonal changes they induce. He cited running and weight training as other types of exercise that can improve one’s mood.

“The feeling of accomplishment associated with getting into shape is both psychological and physiological,” said Windsor. “Increase in neurotransmitters associated with happiness such as serotonin increase in production leading to improved mood and outlook.”