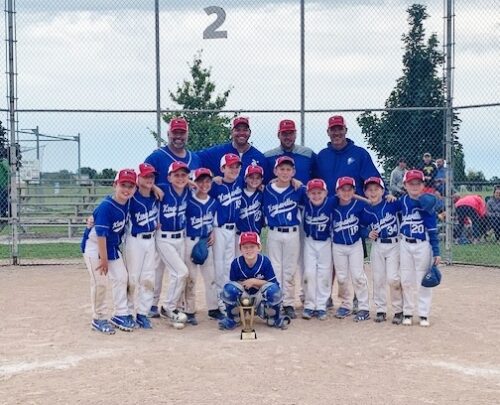 As their Head Coach, I wanted to do something special for our Kingsville Knights especially after they won an Ontario Championship last year. We tried to plan a few ways to celebrate them this year but COVID-19 got in the way. I decided to tell their story here on the Kingsville Times. 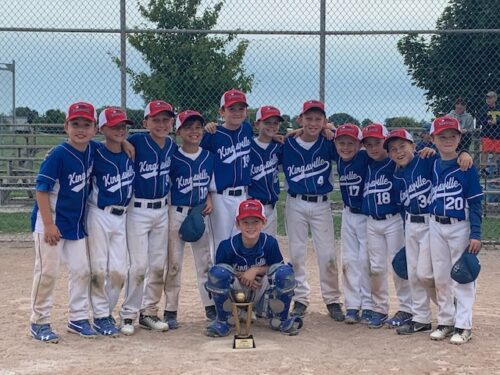 Events Leading up to Our Championship

This team was put together starting back in 2017 when five of these boys were under-aged players playing with kids that were two years older than them.   They were still tee ball-aged but playing with kids that were hitting off a pitching machine for two years.  The team consisted of five kids born in 2010 and seven kids born in 2008 — a fairly tall task for these 6-7 year old boys.

In 2018 we assembled a team, not only in hopes of a provincial championship, but a team that could possibly stay together for many years and grow.  That year we found the experience of the five boys that played the year before, came in quite handy while producing seven more additional top quality baseball players. Many successes during the season brought a confident crew to an Ontario Baseball Association weekend in Georgina, only to be over-matched by bigger centers.  Our weekend ended quickly and we were sent home.

Here is a link to the write up I did shortly after our victory last Labour Day. 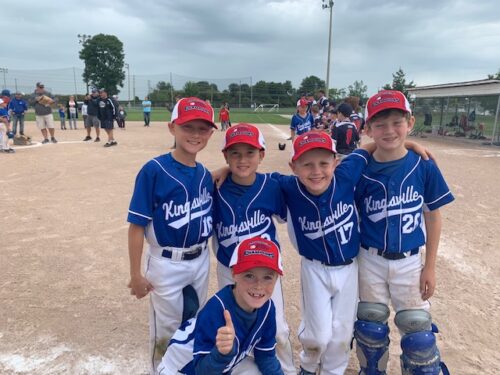 A Few More Highlights of the Season

It was great to see the kids develop skills and confidence while coming together as a team. I watched them breaking sweat during practice, running bases, and becoming a tough defensive squad. Mny teams we played during the season, even in a loss, congratulated our boys on how well they played defensively.

The team made a great showing in Port Lambton tournament for runner-up.

Playing spoiler to “A” centre St. Thomas in the LaSalle tourney was great. We were supposed to be a fill-in for a higher ranked tournament and beat an “A” team from St. Thomas that went on to be runner-up in Ontario.

We beat Alvinston twice to claim the OBA championship.

And naturally, it was always great to have ice cream as a team after a nice win — at McDonalds in Amherstburg. 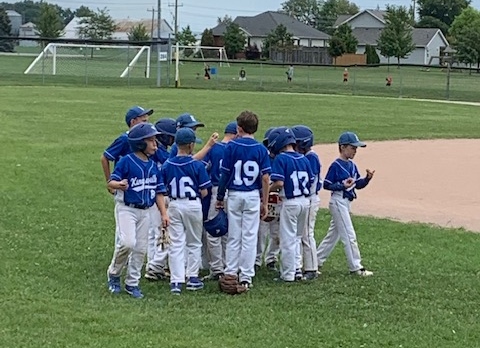 I arranged for some  of the boys to be interviewed by the Kingsville Times to mark this special event.

Interviews with the Kingsville Times

The Kingsville Times had the opportunity to ask team members Reggie Bradbury, Mac Pucovsky, Vittorio Ruggirello and Colby Snoei about their experience. When asked what they liked most about being on this team, all the guys agreed that the best thing was being with their friends. Colby added that he liked the cool uniforms too.

Reggie played for the Knights for three years. That includes this year which only involved practices. Most of the time he played second base but sometimes he played in the outfield.

Mac has played for the Kingsville Knights for three years. His favourite position is second base.

Vittorio has played for six years, with two of those years playing travel baseball for the Kingsville Knights. His primary position is short stop.

Colby started playing Kingsville baseball when he was four years old. He started travel ball three years ago at the age of seven. He plays catcher, pitcher and outfield.

How did you maintain your calm and stay focused at such a big sporting event?

Reggie: “Before the game I would listen to ‘pump up’ music. Also during warm-ups we play catch and focus on the game.”

Mac: “I just acted like it was a normal game.”

Vittorio: “I have played lots of baseball and was part of many tournaments so I was prepared for the OBAs. We were in OBAs the year before too. I think all of those events combined helped me stay calm and focused.  I also have two older brothers who have been part of big events too so that also helped.”

Colby: “I focused on having fun and just playing ball. We worked all year, it was time to deliver.” 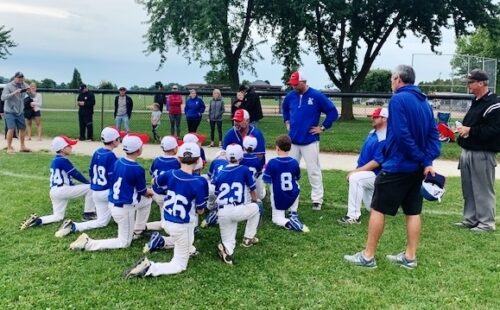 How did you prepare for the 2019 Championship games?

Reggie: “I would throw a ball against a wall. I ate lots of carrots, and hit balls in the basement. Before the game I would listen to ‘pump up’ music.”

Mac: “I made sure I had everything in my backpack. I’m pretty sure i forgot my belt.”

Vittorio: “We had lots of practices leading up to the OBAs. Before going to bed, I would do extra work in my basement. I think that really helped me perform my best during that magical weekend.”

Colby: “I practiced a lot at home with my Dad. I wouldn’t let my Mom wash my pants during the tournament, for good luck.”

Reggie: “I wish we could play.  I am sad and disappointed because baseball is my favourite sport and feel we could have won again and repeat as OBA Champions!!”

Mac: “I’m disappointed because I was looking forward to playing some games. I’ve still got my ring though. That’s good.”

We don’t have a photo of Mac and his ring but we do have one of Vittorio with his. 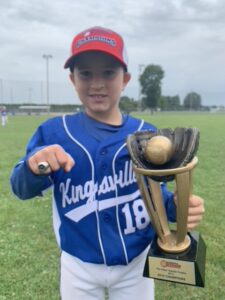 What is a memory you have from winning the OBA Championship?

Reggie: “When the game was over, we had a team meeting in the outfield.  The umpire came out to our meeting and told us how impressed he was with our team and told us good luck next season.”

How did you celebrate the win?

Reggie: “First I ran to my dad because he is the coach and my dad. Second, I celebrated by throwing my hat and glove and jumping into the crowd of my friends.”

Mac: “I celebrated with my team. We had a party and a champagne shower.”

Vittorio: “We had a team party at Toupin’s Grandparents house. Had a great time playing with my teammates to celebrate the championship. One of the best times at the party was when Coach Tyler sprayed the team with champagne. I still have the cork from that bottle. Can’t wait to do it again after another championship!”

Colby: “We all ran onto the field and threw our gloves and hats in the air. It was special seeing all the parents and family come running out! We had a big pizza party to celebrate the big win!” 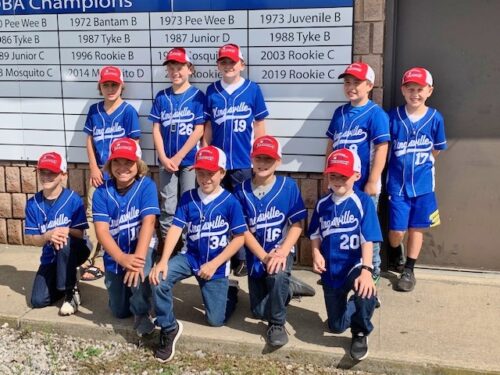