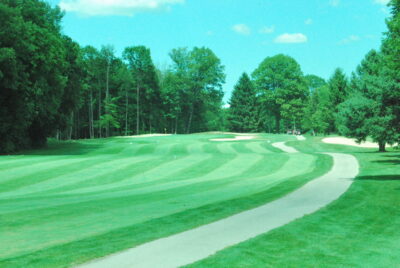 It is just a simple chip onto the green. Golfers of Kingsville have turned the sport into a booming business during the COVID-19 pandemic.

Even with all of the social distancing, cleaning precautions, plexiglass, masks and risks a day out might bring during the course of the pandemic, the sport of golf is one thing which seems to be growing, at least here in the town of Kingsville.

According to Doug Quick, general manager of the Kingsville Golf and Country Club, the game is catching on more nowadays due to its being played outdoors where there is lower risk of contracting COVID-19.

Not only has the virus not stopped people from going out and playing their weekly game of golf, it has also brought in more people interested in playing the sport.

“It is a very challenging sport. You don’t have to be good at it. They have a choice of five different tees to suit their caliber of play. They can play with other people of any age and not feel embarrassed. Of course, pre-COVID, that was already the case with golf. And especially now,” Quick said.

“People are finding out you can play with your buddies. Maybe your buddy has been playing for 20 years and they either come back to the game or they’re just picking it up and they can still have fun playing the game.” 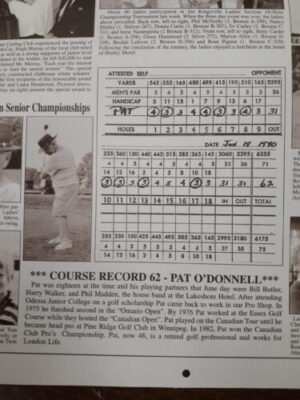 Pat O’Donnell, the club pro at Kingsville Golf and Country Club, holds the course record for best round of 18 holes with a total score of 62. O’Donnell said that his record has stood for 50 years. Even he has trouble believing it’s still standing.

O’Donnell hasn’t gotten out to play golf as much as in past years due to the pandemic. But the courses are packed to the point that it can be hard to get a tee time. Golf is a no-contact sport which makes it ideal for these circumstances, he said.

“Now is a great time for young people to get into it, anyone, but young people especially, because right now team sports are cancelled. Golf is an individual sport you can participate in and you can keep your distance,” he said. “I would suspect golf courses are at their busiest in years.”

O’Donnell said that golf is a good trainer of hand-eye coordination and balance.

“I see there’s more young guys who look like football players than golfers. Maybe that’s a reflection of Tiger Woods. He’s built his body into really good shape. And Bryson DeChambeau, he’s put on 40 pounds of muscle in a year and a half,” O’Donnell said.

“People look at him and want to, like, rip at the golf ball. That’s what he’s doing and it’s bringing a different type of person, young person, into the game especially.” 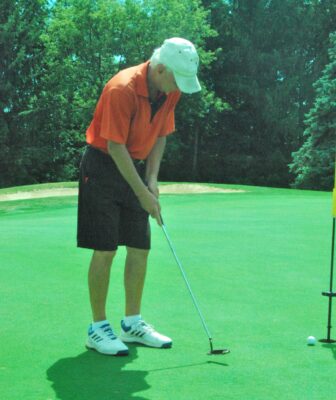 Quick said that due to the current busy season, some might suggest the pace of the game has became slower.

“I think that’s only at certain times on certain days, you don’t have to be good to keep pace. You can play from different tees,” said Quick.

“Some of the guys, they’re very cognizant of the pace of play, their buddies are telling them, ‘Look you got to pick up the ball and move on, we’ll get them on the next hole,’ I think that’s the answer, in some cases yes and some cases no, because like I said, you don’t have to be good to keep pace.”

To bring home a point, Quick shared a conversation with a golfer that he’d had earlier in the week.

“No, 95.” the gentleman golfer had answered.

“Here’s a guy whose 95 years old out playing golf,” Quick said. “And then I taught chipping lessons to juniors.They’re guys, 11, ten, nine years old. Then there’s a whole bunch of people in between.”

Quick thinks that part of the beauty of the game is that it is not age restrictive.

“You can be young, you can be middle-aged, you can be old. You can be good, you can be bad, you can be in between, but you can enjoy the game,” he said. “If you can’t walk, you can take a cart. It’s a wonderful game. You can have a refreshment while your playing, it’s unique in that sense.”

“They realize you don’t have to be good at the game to have fun. It’s fantastic exercise. Golf is an addicting sport, it challenges you mentally, physically, emotionally and a lot of people really can get hooked on it and we’re seeing that more,” he said.

“If you hit a bad shot it makes you want to come back, if you hit a good shot you think, ‘Jeez, I like hitting that good shot, I want to do that again.’ It’s been really good for golf and it’s nice seeing so many young people pick up the game because it really is the game of a lifetime.”